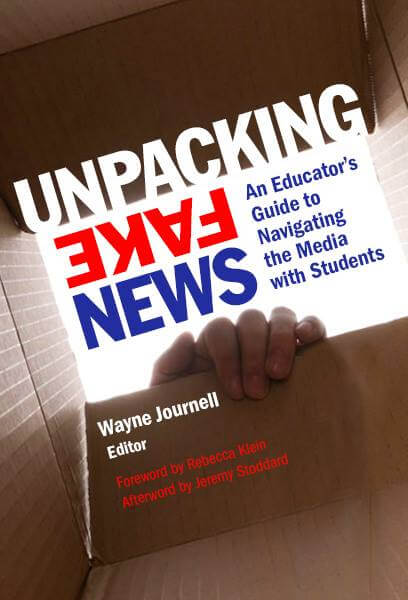 Dr. Wayne Journell (TEHE) recently published an edited book titled, Unpacking Fake News: An Educator’s Guide to Navigating the Media with Students, with Teachers College Press. The book contains chapters by leading civic education scholars and uses a psychoanalytic lens to explore what fake news is, why students are susceptible to believing it, and how they can learn to identify it.

OVERVIEW: Since the 2016 presidential election, the term “fake news” has become part of the national discourse. Although some have appropriated the term for political purposes, actual fake news represents an inherent threat to American democracy given the ease through which it is consumed and shared via social media. This book is one of the first of its kind to address the implications of fake news for the K–12 classroom. It explores what fake news is, why students are susceptible to believing it, and how they can learn to identify it. Leading civic education scholars use a psychoanalytic lens to unpack why fake news is effective and to show educators how they can teach their students to be critical consumers of the political media they encounter. The authors also link these ideas to the broader task of civic education and critical engagement in the democratic process.

More information can be found here.